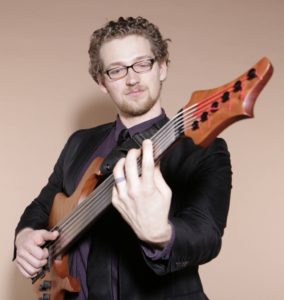 SHANE ALLESSIO is a Berklee-educated bassist, guitarist, composer, educator and owner of G4 Guitar Schools, Brookline. Gigging full time for his entire adult life, music has taken Shane around the world and back again, performing and recording with some of the world's best jazz musicians as well as his own groups. Shane opened his first G4 Guitar School in St Albans, England in 2014. When he moved back to his home state of Massachusetts in 2016 G4 Brookline was born! You can check out his music at shaneallessio.com. 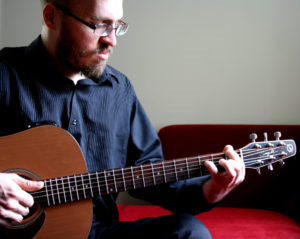 CHRIS RAMUSIEWICZ has been giving private instruction for guitar and bass ever since graduating from the University of Massachusetts-Boston in 2012 with a BA in Music, in both group and one-on-one settings, and with students of all ages and backgrounds. Since starting out in teaching, he has grown to love the feeling of seeing a student grasp a new concept, especially if it’s been a previously frustrating issue for that person. Chris has also been an avid composer and performer, dabbling in styles from metal, pop, solo finger-style guitar, and even synthesizer heavy electronic music. He hopes to continue teaching until he physically can’t anymore. You can check out his music at https://gravebornma.bandcamp.com/ and https://yearn.bandcamp.com. 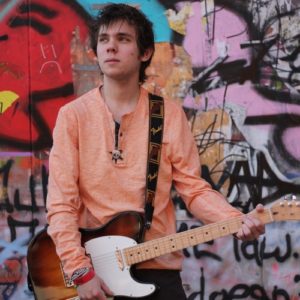 STEVE KNECHT is a Boston-based independent music professional. He earned his Berklee College of Music degree in Professional Music, with concentrations in songwriting and music business. He is an experienced live/studio guitarist, vocalist, songwriter and guitar instructor. His mission is to bring forth the life-enhancing effects of music on society to create not only a positive impact on the world, but to bring us all closer as human beings. Check out his band, The Burning Lights, at theburninglights.com.